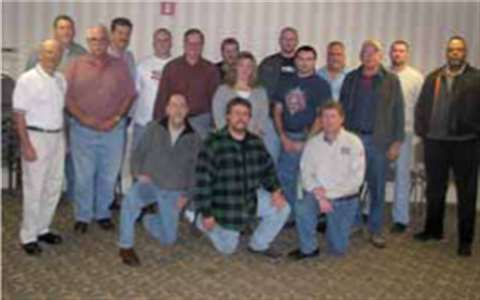 When a tower crane collapsed in downtown Bellevue, WA in November 2006, killing one person and causing millions of dollars in damage and project delays, Washington State's Department of Occupational Safety and Health (DOSH) lost no time in developing corrective measures. Within days of the accident, DOSH officials had conducted conference calls with crane industry leaders statewide, scheduled meetings with elected state representatives, and helped to energize the state's crane community.

Using federal Occupational Safety and Health Administration's (OSHA's) new Crane and Derricks Advisory Committee (C- DAC) consensus document as a guide, Washington State's crane industry came together in a remarkable display of unity to draft what arguably may be the nation's most extensive crane regulation.

The bill reached the House Commerce Committee with unprecedented momentum, led by 62 co-sponsors, on February 12, 2007. Soon after, the bill was passed with 97 yeas and no negative votes. The Senate received the proposal and passed the bill with 39 yeas and only 8 nays. On April 10, not quite two months since the House first considered the bill, and not five months since the accident which prompted it, Governor Christine Gregoire officially signed Washington's new crane legislation into law. The new requirement takes effect on January 1, 2010.

The Washington Crane Safety Association (WCSA) followed up this remarkable achievement by formulating a program of training and certification to help ready the state for its new crane safety requirements. Central to this program is a series of training and certification initiatives that began in 2007 and will continue state-wide during 2008 and 2009.

Washington's new law requires crane operators to be certified by a nationally recognized organization, a primary reason that the CCO written and practical examinations, developed and administered by the National Commission for the Certification of Crane Operators (NCCCO), have been scheduled after each WCSA safety and training program.

Graduates of this program will earn valuable credentials that are accepted across the state, are portable from employer to employer, and are valid in many other states. By virtue of NCCCO's accreditation by the American National Standards Institute (ANSI) to the ISO 17024 standard, CCO certification now also provides international recognition.

WCSA President Thom Sicklesteel, Sicklesteel Cranes of Seattle, WA, observed that the training and certification project was open to the entire crane industry. “We have already witnessed crane operators sharing classrooms with company safety personnel and supervisors. A true cross- section of the entire industry is cooperating in this initiative.”

“What is particularly exciting is seeing so many Washington State DOSH compliance and consultation officers participating in our project,” said Gary Hite, WCSA board member and president of Hite Crane & Rigging, of Spokane, WA. “You have to be impressed not only to see so many DOSH personnel involved, but to see them writing the CCO written examinations.”

“Washington may well be the first state to have a team of governmental safety professionals that has actually been trained in the principles of crane safety, and then tested by NCCCO,” Hite added. “When our law becomes fully effective in 2010, DOSH officials will be able to hit the ground running.”

Hite also noted that DOSH will likely have the respect of the crane industry for its willingness to take part in the NCCCO examination process.

Lampson International's Bruce Stemp was equally enthusiastic. “I hope this starts a national trend with all state DOSH and company safety personnel,” said Stemp, whose company is headquartered in Kennewick, WA. “This is a great way to demonstrate that government personnel and company safety experts are truly knowledgeable of the crane industry they are protecting.”

“The Washington State Department of Labor and Industries is extremely excited about our new crane safety program,” stated Chuck Lemon, DOSH Crane Specialist. The new rule is a combined effort between labor, management, and the department, he noted.

“It is truly a blessing to see all of the enthusiasm in developing a crane safety rule for the construction industry,” Lemon said. “The WSCA and NCCCO have been exceptional in assisting our staff with training and providing the opportunity to participate in CCO examinations.”

Lemon noted that DOSH also wanted new crane safety compliance officers to take the same examinations that crane certifiers and operators are administered before they can inspect and operate cranes in the state. “This type of training and certification will help ensure our staff will have the credibility and talent to perform their mission,” Lemon added.

Training components for the tower crane and mobile crane theory courses were instructed by Ron Cowper of Toronto, Canada. “Mr. Cowper is one of North America's most respected crane theory experts,” said WCSA President, Thom Sicklesteel. “It was important for us to select an instructor who could professionally relate to a broad mix of all those involved in the crane industry, and to be able to provide in- depth and dynamic instruction critical for our candidates to be ready for CCO written examinations.”

The project is scheduled to continue with CCO practical examinations scheduled throughout the state beginning in February. Mobile and tower crane theory courses are already scheduled to continue during March and April in both Spokane and Kennewick, WA. Overhead crane theory courses, and a mobile crane inspection course, are slated to join the series of training initiatives and CCO certification components later in the year.

“We're not about to forget about crane safety below the hook either,” said Hite. “We are watching and waiting for the new NCCCO Rigging and Signal Person Certification Program, and hope to be the first in the nation to provide that important credential for our project participants as well.”

“Cooperation throughout the industry is the key to crane safety,” added Hite. “And that is why our state will be ready for our new law before it becomes a requirement.” 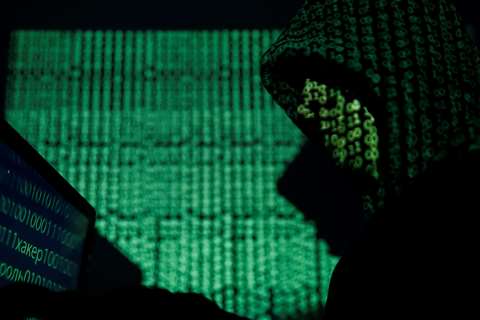