What is the history of ALL Erection?

ALL Erection and Crane Rental is the living legacy of the entrepreneurial Liptak family.

In 1964, most construction contractors owned the equipment they used on their jobs. Cranes were especially a challenge because they required operators with specialized skills, and fleet maintenance was expensive and tedious. 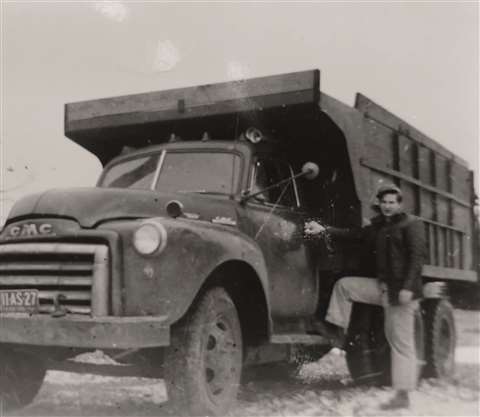 Michael C. Liptak, Jr., his brothers, Jake and Larry, and his wife, Marvine, realized that there could be a market for renting cranes to contractors. They bought a crane and started renting it out.

From one crane 58 years ago, the fleet today comprises 3,500 pieces of lift equipment and a transport division – also with a truck and trailer fleet numbering in the thousands. North America’s largest privately owned crane sales and rental company started with just one crane and one big idea.

ALL Erection is an all-American success story. Today, ALL has locations in 14 U.S. states as well as Mississauga and Hamilton, Ontario, Canada and over 1,600 employees. According to an article in American Cranes & Transport in 2014, when the company was celebrating its 50th anniversary, “ALL Erection hired the best people they could find and recognized the need for a safety culture long before other crane companies did. They invested in the best equipment and took care of it themselves so customers would not have to worry about downtime or maintenance.”

in that article: “During five decades, as you can imagine, many things have changed. Modern crane technology allows us to achieve what was once impossible. Onboard computers in every machine bring improved precision and safety to every job. 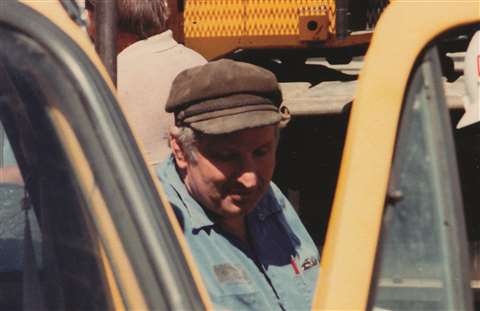 Greater crane capacities have changed the game – just 50 years ago, who could have imagined a crane with a 1,000-ton capacity? We can now plan complex lifts in advance with 3D software that enables us to envision the jobsite environment and conditions.”

ALL is in good hands with the second and third generation of the Liptak family now in leadership roles. But over the past two years, the company has lost two of its founders. Mike and co-founder Jake Liptak are survived by brother and fellow co-founder, Larry Liptak, who is still involved in day-to-day operations at the company’s headquarters in Ohio.

Mike Liptak and his brother Larry Liptak, circa 1977.

Jake was remembered as an industrious man who loved his work in the field, even after the company became a leading construction brand.

“It seems everyone has a Jake story,” explained Liptak. “He was a ‘shirt off his back’ type of person, and we’re finding out how many times he came to someone’s aid, without seeking attention and without expecting anything in return. He had friends everywhere.”

Another nephew, Lawrence M. Liptak, corporate controller for ALL, remembered Jake as vital to maintaining the family atmosphere as the company grew. “Jake never met a stranger,” he said. “He was accessible, knew everyone’s name and always had time to listen. That went a long way toward creating the type of culture we are now so blessed to have here at ALL.”

Up until his final days, Big Mike as he was known, was still involved in daily life at ALL.

“Before there was an ALL Crane there was a man driving dump trucks in a quarry,” remembered Liptak. “He drove trucks, operated cranes, fixed cranes when they broke and saved enough to buy new ones when they were needed. From that foundation, he built everything we know here at ALL.”

Big Mike never stopped being excited about the basics of the business, his son said.

“Everything Dad did was for the thousands for whom he provided jobs over the years,” said Liptak. “That was never lost on me or the rest of the second and now third generation of family working at ALL. We were all lucky to have the shade of his mighty shadow.” 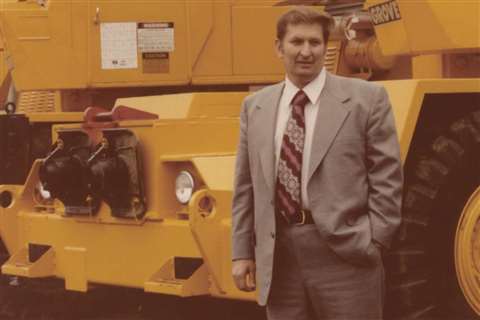 Obituary: Michael Liptak
Co-founder of ALL Erection and Crane Rental has died aged 91