Precision hauls massive cargo throughout the western US.

Call his task confusing. No. Impossible.

Mike Poppe has been heading Precision Heavy Haul for 26 years. Each year, he would accurately forecast the next 12 months for his company. Then, less than two years ago, his crystal ball frosted over. It became inexplicably worthless.

"My annual predictions had been on the mark since we started in business," Poppe says. "Then, in 2008, I couldn't predict anything right. I didn't know what to expect then. I still don't.

"Last year, we had an excellent first quarter. In the second and third quarters of 2009, our business was off 40 percent. Our fourth quarter might have been the best our company has ever enjoyed.

"How can you predict with such up-and-down quarters? Last year was like a yo-yo. It does seem that things are improving in the new year. We're very fortunate that our company has solid work throughout February, March and April."

Poppe says he doesn't know what will happen after that. "I won't even try to predict the rest of 2010. Not with how the last two years have been. We hold planning meetings each month. The way things are, making firm decisions based on a prediction would be a big gamble."

"Construction used to account for about 80 percent of our business," Poppe recalls. "It's down to about 25 percent. It will rebound, but not any time soon. Utilities and mining companies have become our biggest customers. That's an example of being prepared to go where the markets are, then serving those customers well."

Poppe says that versatility, one of the company's specialties, has paid off.

"Our safety statistics are also important. We have one of the nation's best safety records," he says.

Precision hauled a massive telescope mirror to an Arizona mountain top for one of those awards. The company also earned fame -- and the SCRA award -- for hauling roof components for University of Phoenix Stadium in nearby Glendale. It's home field for the NFL Arizona Cardinals. The 42nd Super Bowl was held there two years ago.

"We've struggled before, and we'll struggle again," Poppe says. "You've got to be versatile, and we're very versatile. That's one reason I'm so positive about the outlook for our company."

For some companies, avoiding recessionary quagmire came down to keeping the balance sheet conservative. Seattle-based Nelson Trucking is one of those lean companies.

Led by Peter Whitehead, the 110-year-old, fourth-generation company has no "overhanging debt," according to the owner's son, Lukas Whitehead.

"We own the land we're on," says Lukas Whitehead, a company director. "We've not had to borrow. We also own all our equipment."

The younger Whitehead has served the family's company for five years, "doing everything they ask me to do. They say that I was wearing a Nelson Trucking hardhat since I was a fetus."

Peter Whitehead explains, "In times like we've been through, being conservative can do nothing but help. We're looking at better times now.

"Our company is more Main Street than Wall Street. I think the economy is getting better for Main Street, and that's us."

He says that in Seattle, winters are usually slow, but this winter has been a little better. "Nothing to write home and brag about," he says. "Just some improvement. We also believe the outlook is getting better for the spring.

"We have a full complement of equipment, so we're ready for that improvement. We're probably in much better shape than companies that borrowed too much and are not quite ready to go forward."

Lukas Whitehead, 2l, adds, "When you're prepared to haul almost anything, and customers know it, you have an advantage. They know about our diverse fleet. They know we provide any kind of trailer a job needs. Most of our people are very experienced, too. We don't have a bunch of young guys like me."

"We serve northern Nevada and northern California," says owner John Davis. "Those areas experienced strong growth from 2003 through about 2006. Homes. Condos. Resort property. Vacation rentals. We even had strong revenue in 2008."

That's when the wheels came off.

Davis says his company used to serve transient companies, those that were getting out of California and relocating to Nevada. "That part of our business has slowed, too," he says.

"I'm expecting some rebound by the fourth quarter," he says.

"You realize how hard construction companies have been hit when you see a 30- or 40-year-old company laying off 25-year employees. It has been a difficult time." 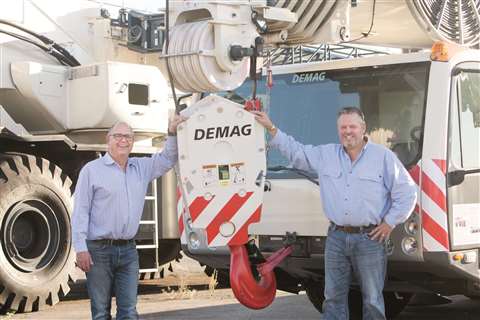 The evolution of Empire Crane
As Empire celebrates its 20th anniversary, Hannah Sundermeyer speaks with founders Luke and Paul Lonergan, the sibling duo who aren’t afraid to push the envelope. 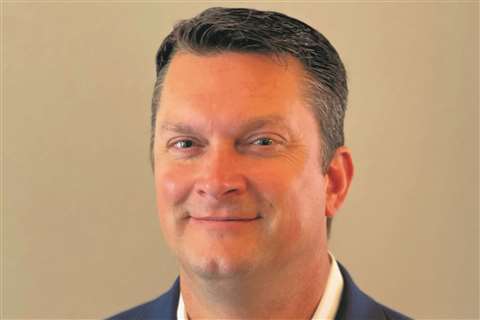