“Our projects are getting larger and more complex, and having our own cranes gives us the flexibility and nimbleness we need,” said April Parsley, vice president of corporate marketing at Wilhelm. “We’re just doing so many more projects that we need rapid delivery on.”

Parsley said the GRT655Ls were an investment in quality and durability. Wilhelm took delivery of the cranes in late January, and the cranes have already hit jobsites and are performing a variety of tasks.

“Our team of operators is excited to have the cranes in our fleet,” Parsley said. “The cranes will help keep our projects on track.”

The GRT655Ls have a 55 US ton capacity and a five-section, 141.2 foot boom. The optional 26 to 45 foot telescopic boom extension gives the GRT655L a reach of 196 feet. Other features include a tiltable cab, inverted outrigger jacks, hydraulic disc brakes, load sensing hydraulics and an ECO mode for lower fuel consumption.

The cranes were purchased from the Lebanon, IN branch office of the Riverdale, Illinois-based Manitowoc dealer Walter Payton Power Equipment (WPPE). Parsley said that Wilhelm appreciates WPPE’s reputation for service and support in the lifting industry.

“The GRT655Ls should become essential tools for Wilhelm’s lifting needs,” said Dick Feldman, Regional Manager at WPPE. “The cranes’ versatility and ample capacity should take their projects to the next level. We’re proud to partner with Wilhelm in this new chapter for the company.”

Wilhelm is a full-service contracting company, specializing in construction management, design-build, general contracting, integrated project delivery and trade specialty contracting services. Founded in 1923 in Indianapolis, the company is poised to celebrate its first century in business in just years. 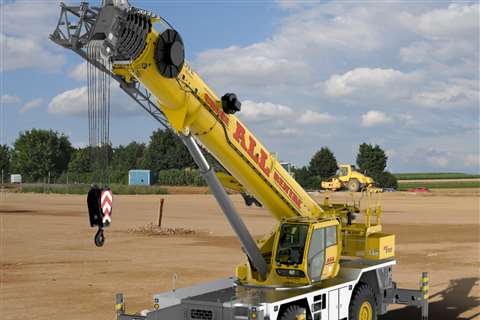 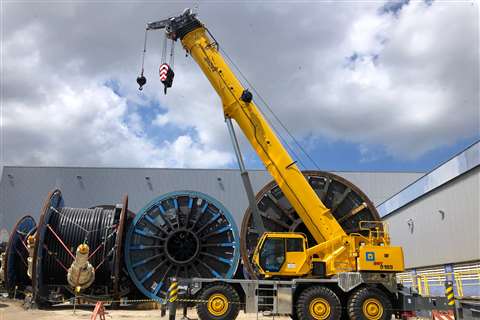