Bud Wilson’s first experience in the cab of a crane was when he was a teenager after his father bought a crane to do dragline work for the family business. After high school he joined the Air Force. When he got out of the service, he started a long and storied career running cranes.

Bud Wilson has administered some 3,000 practical exams during his tenure as owner of The Crane School.

“I did everything for all kinds of trades,” he remembered. “Making heavy lifts, setting iron, pouring concrete, with a lot of different kinds of cranes.”

Bud was keenly interested in learning the best and safest ways to operate a crane. Through the years he got involved in training, helping the companies he worked for establish safety protocols and best practices for their operators. At one point he went to work for a training company.

“I learned a lot about safety standards, OSHA requirements and load charts,” he said. “But eventually I went back to operating cranes for Maxim. They became interested in getting their operators certified. CCO was just getting started.”

Initially, there was just a written exam. Some 30 operators took the test and only two people passed. Bud was one of them.

The Maxim management team was interested in Bud’s knowledge and experience. He put together materials and taught classes to help the operators pass CCO certification.

Bud believes that experience and training are requirements to becoming a crane operator.

“One of my biggest assets in teaching was my experience in the seat of a crane,” he said. “You can’t get that out of a book.” 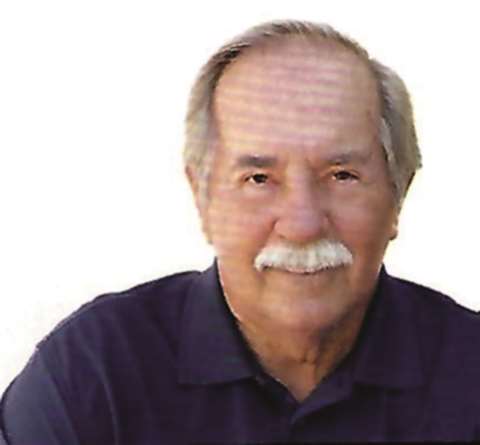 In 2001, at age 65, Bud retired from the Operating Engineers. He then started his second career, The Crane School.

“I knew there was a need for this type of safety training,” he said.

His first break was when a large company called on him to get its operators certified. The company became a faithful customer. Listed on the NCCCO website as a training provider, Bud got a call from a company in Hawaii to train and certify its operators.

“Hawaii was one of the first states to make crane operator certification mandatory,” he said. “I’d never been to Hawaii so I put in a bid for the work and got it. I said to my wife ‘Betty, pack up, we are going to Hawaii.’ After that I did CCO training and practical exams at different locations through out the United States and Africa.”

The Crane School became a sought-after entity, and one thing became clear: Bud had a genuine passion for teaching. He had a talent for making his classes interesting and informative.

“I see the young guys who don’t have any experience and I try to teach them the things that will prevent accidents,” he said. “If I prevented just one accident, it was worth everything I put into it.”

Bud estimates he conducted about 3,000 practical exams. His biggest accomplishment, he said, was that he never had a dissatisfied customer.

A couple of years ago Bud realized that it might be time to retire, again. He hired Bob Kesler, who was a CCO crane operator and inspector, to do some programs and start learning the business of The Crane School. In January 2021, Bud handed over the reins.

“I really enjoyed what I did, or I wouldn’t have done it so long,” Bud said. “I got a pleasure out of teaching young and old guys and watching the expressions on their face when they learned something new or that they should have known. The pleasure I got out of it kept me going because I’m proud to say I never had a dissatisfied customer.”

Kesler said The Crane School is running at full speed with a lot of good years ahead. But for this article, Kesler wanted to honor Bud Wilson for all he had accomplished in the crane industry.

“Bud is quite an interesting character,” Kesler said. “He means a lot to me, and he’s just done so much in his career. He’s a great mentor.”

In my interview with Bud, I had one last question: What was your most memorable job?

“I was running a Manitowoc 4600 Ringer,” he said. “I loaded nuclear bombs over 3,000 feet into the ground at a nuclear bomb test site in Nevada. It was quite an experience. The crane was rated for twice as much as we were picking.”